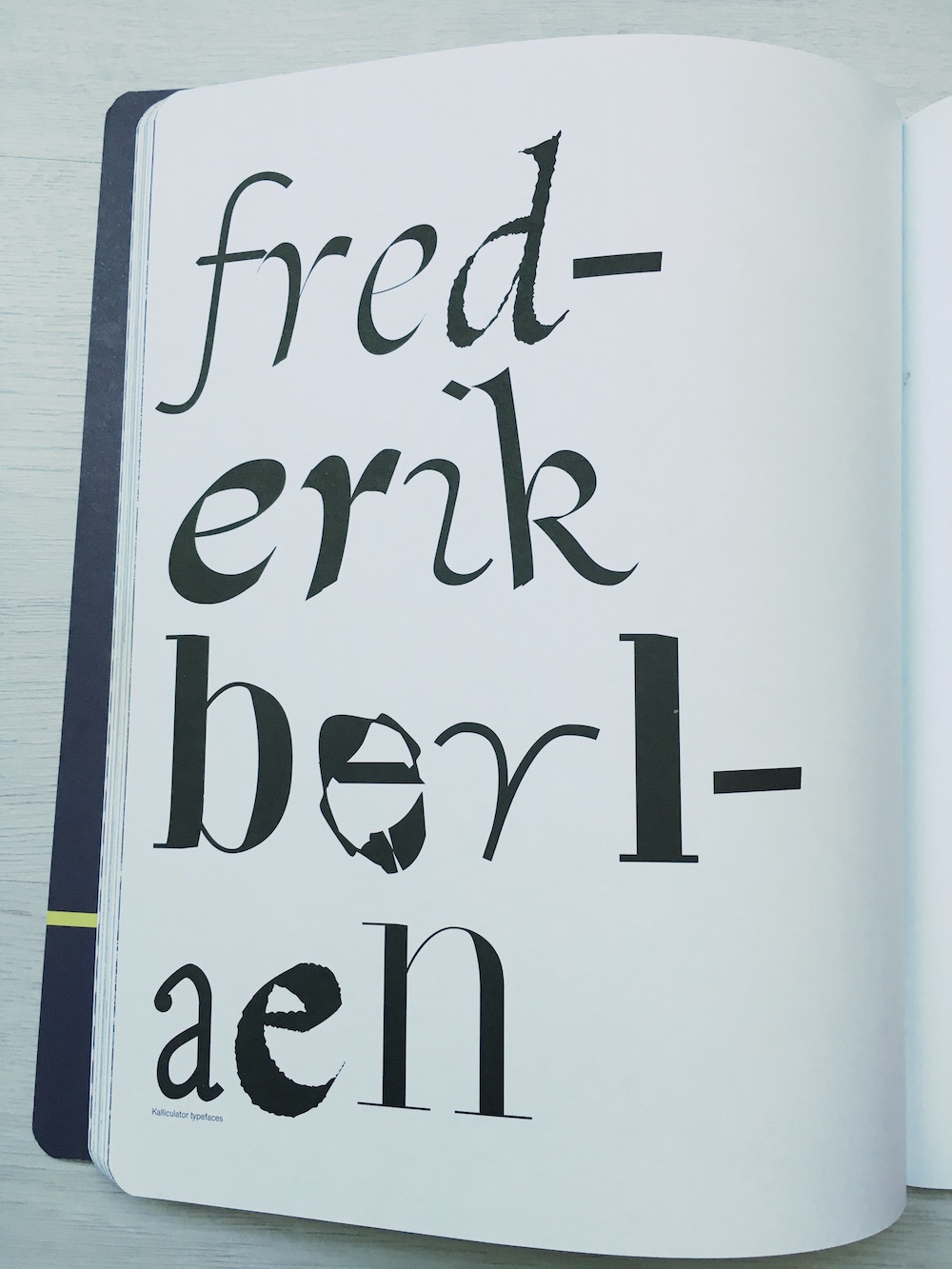 Kalliculator was my final project at the postgraduate Type & Media. Starting from the question whether it is possible to automate calligraphy, I developed this tool. Based on research of the two most commonly used pens, broadnip – and pointed pen, I tried to stay as closely as possible to calligraphy. These two pens have there own contrast, which is very different from one another. In my research, I was looking for parameters which could describe each pen and the relation between them.

Kalliculator is not a typeface but a tool.

All these qualities are bundled inside the program. Kalliculator calculates the contrast around a skeleton. These skeletons are a mix between the mathematical middle of a stroke and the imaginary path the hand follows during the writing proces.

The new generated contrast can be exported as a vector drawing (pdf) or directly into a font (ufo). Kalliculator is a tool to generate different contrasts from the same or several skeletons. It can help typedesigners because the output has a correct contrast. It is an intermediate to research what happens when there is a higher, lower or inverted contrast, when the pen is wider or smaller, when the shape of the pen is something else.

Version 2 is in progress and will be released as beta soon. For more info about about this beta version.